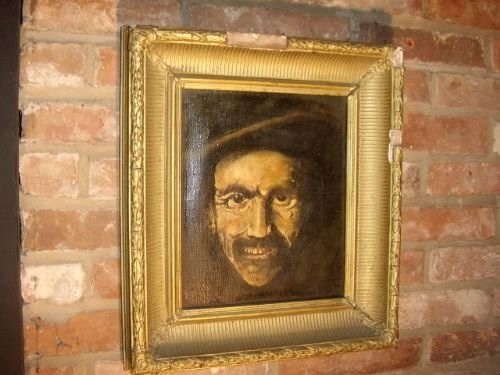 This is an oil on canvas which has been laid down on board and is presented in a gilt and plaster frame,requiring some repairs.

The painting itself is in quite good condition for the age and is realistic and full of charactor.

You can see the peasants teeth up close,and that they are in poor order,with a crafty grin seen on the close-up of his face.

You would not want to meet this scrounger in a dark damp alley. 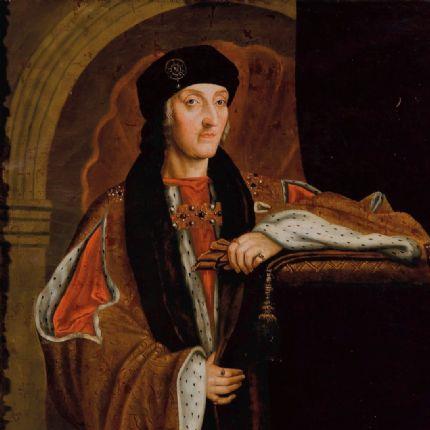