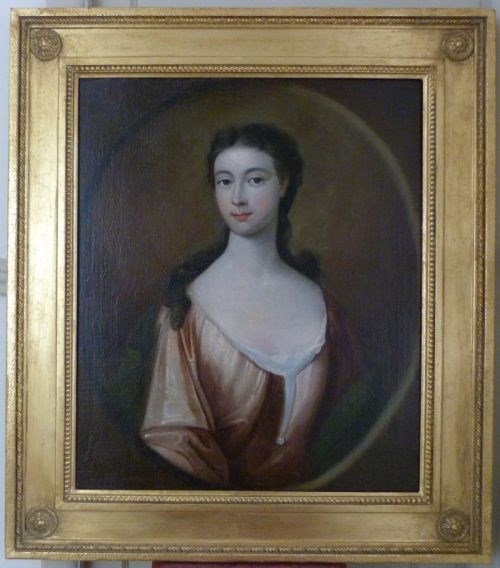 The Maitlands are an ancient family with a name of Norman origin; one of their branches being the Earls and Dukes of Lauderdale.
There are other Maitlands in Sussex (from whence came this portrait) and branches of the family can now be found world wide.

JONATHAN RICHARDSON (1665–1745) sometimes called "the Elder" to distinguish him from his son, was an English artist, collector of drawings, and writer on art, working almost entirely as a portrait-painter in London.
Richardson was born in 1666, but when he was about seven his father died and his mother married again. Richardson became a scrivener's apprentice, but he was released early when his master retired. Richardson was lucky enough to be taken on as a painting apprentice by John Riley. He learnt the art of portraiture from Riley whilst living at his master's house. Richardson's wife was Riley's niece.

Richardson was even more influential as a writer than as a painter according to Samuel Johnson. He is credited with inspiring Joshua Reynolds to paint and theorise with his 1715 book 'An Essay on the Theory of Painting'.

In 1731 he was considered by some art-critics as one of the three foremost painters of his time with Charles Jervas and Michael Dahl. He was the master of Thomas Hudson and George Knapton.