Portrait of a Gentleman c.1735; Attributed to William Verelst. 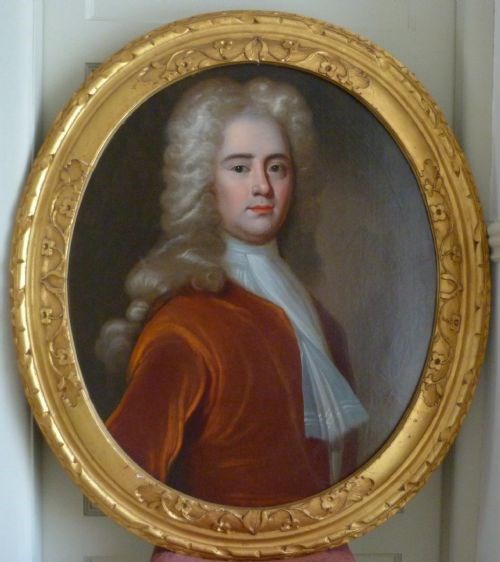 Oil on canvas in a period carved and giltwood frame.

The young man looks directly at the viewer, his wig fashionably tied in a club.

This is the age of the 'Augustan' portrait (1690-1744) when the sitter expected to be 'elevated'...an expression of gravitas behind which was culture and intelligence. This was the English way...not for them the smiling, sometimes simpering, expressions painted by the French.
Joseph Addison, famous essayist, poet, playwright and politician and a man of letters, sneeringly described French portraits as "very remarkable for their smiles and a certain smirking Air...bestowed indifferently on every Age and Degree of either sex. The Toujours Gai appeared even in Judges, Bishops and Privy Counsellors.."

WILLIAM VERELST (active 1734-c.1756) was born in England, of Netherlandish stock. His father was Harman Verelst, a portrait painter who came to England in 1683, part of the famous family of artists....Pieter(1), Harman, Pieter(2), John, Maria, Simon and William.
William was a painter of portraits and conversation pieces; he was said to be the best portraitist of the Verelst family.