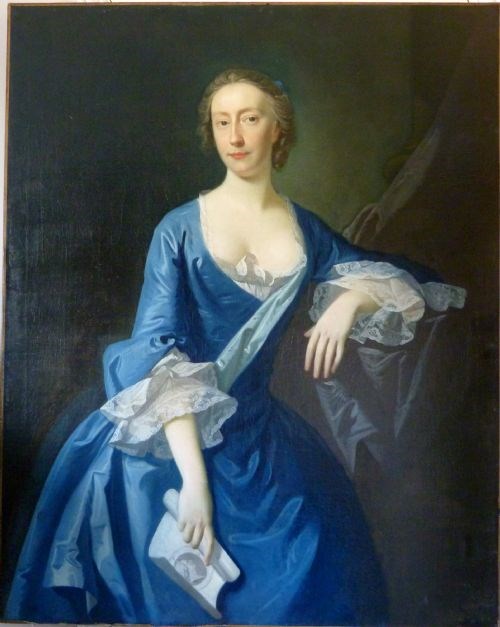 A fine portrait by Charles Jervas; the silk and lace are exquisitely painted and the hands, so often a weak point with lesser artists, are beautifully delineated.
The identity of the sitter has been lost, although a clue may lie in the scroll she holds which shows the profile of a gentleman depicted in a Classical cameo with the initials P.W.

Jervas gave painting lessons to Pope at his house in Cleveland Court, St James's, which Pope mentions in his poem, To Belinda on the Rape of the Lock, written 1713, published 1717 in 'Poems on Several Occasions'.
With his growing reputation, Jervas succeeded Kneller as Principal Portrait Painter to King George I in 1723, and continued to live in London until his death in 1739, although he made made lengthy visits to Ireland.